View cart “Red Disciples” has been added to your cart. 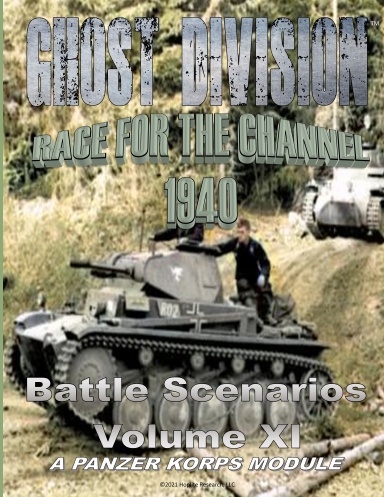 GHOST DIVISION: RACE FOR THE CHANNEL SCENARIOS Volume XI is the Eleventh in a series of Scenario books designed specifically for the PANZER KORPS WWII Rules System. GHOST DIVISION focus is the Drive of the XVth Panzer Korps into France in a race to the channel. With some review of the French and Belgian forces, six complete scenarios and a complete Fall of France Campaign, this scenario book thrusts players into one of the most thrilling and desperate struggles of World War II. Join Rommel in leading his 7th Panzer or face the blitzkrieg as DeGaul. Includes scenarios for: Flavion Stonne Le Cateau Hannut Gembloux Arras Drive of Hoth’s XVth Panzer Corps Campaign