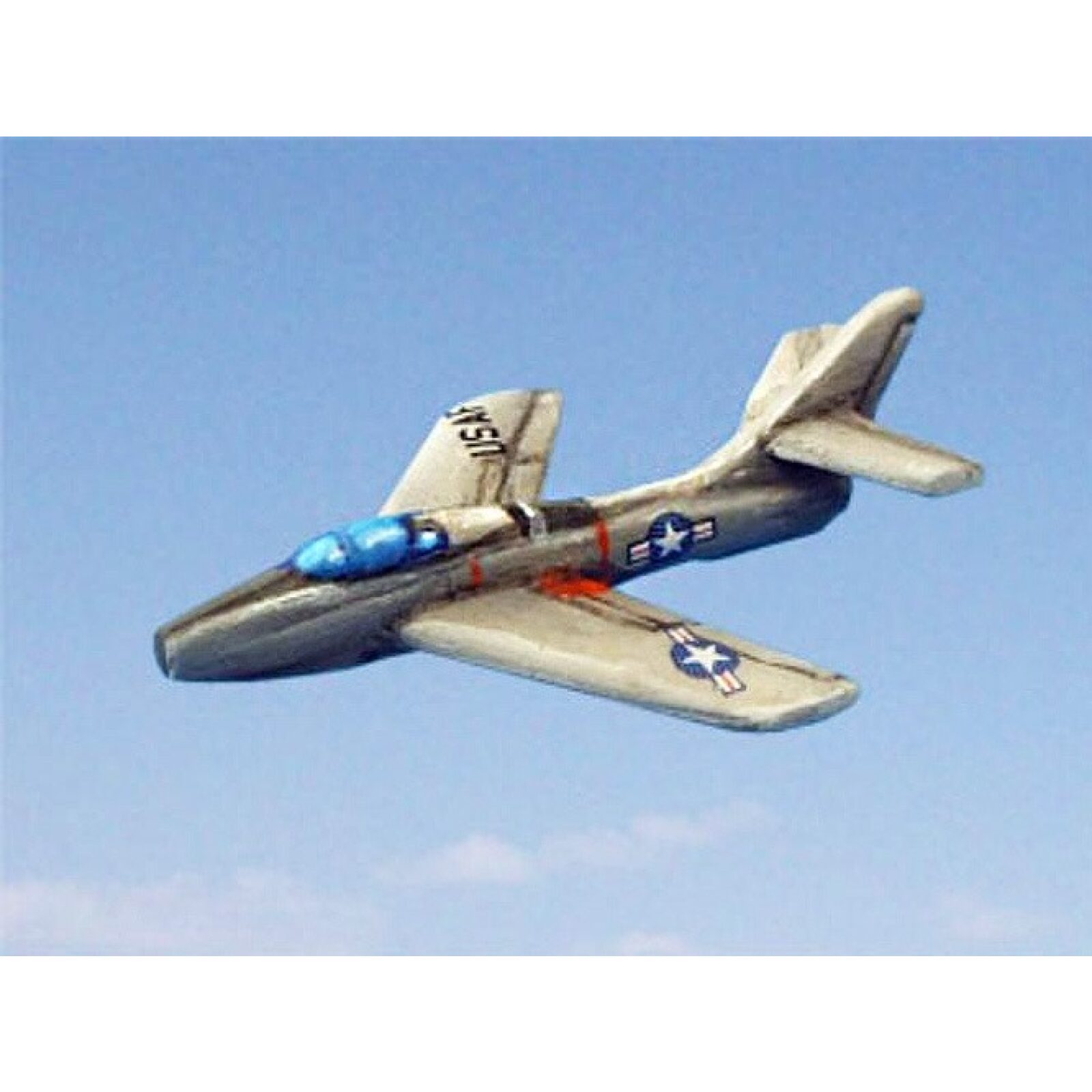 The Republic F-84F Thunderstreak was an American-built swept-wing turbojet fighter-bomber. While an evolutionary development of the straight-wing F-84 Thunderjet, the F-84F was a new design. The F-84F entered service in 1954, however, ongoing engine failures resulted in the entire fleet being grounded in early 1955. Also, the J65 engine continued to suffer from flameouts when flying through heavy rain or snow. As the result of the problems, the active duty phaseout began almost as soon as the F-84F entered service in 1954, and was completed by 1958. Increased tensions in Germany associated with construction of the Berlin Wall in 1961 resulted in reactivation of the F-84F fleet.The F-84F was retired from active service in 1964, and replaced by the North American F-100 Super Sabre. It has a maximum speed of 695 mph at sea level and a range of 810 mi. The F-84F’s armament consists of six .50 in (12.7 mm) Browning M3 machine guns and up to 6,000lb of rockets and bombs, including one Mark 7 nuclear bomb.