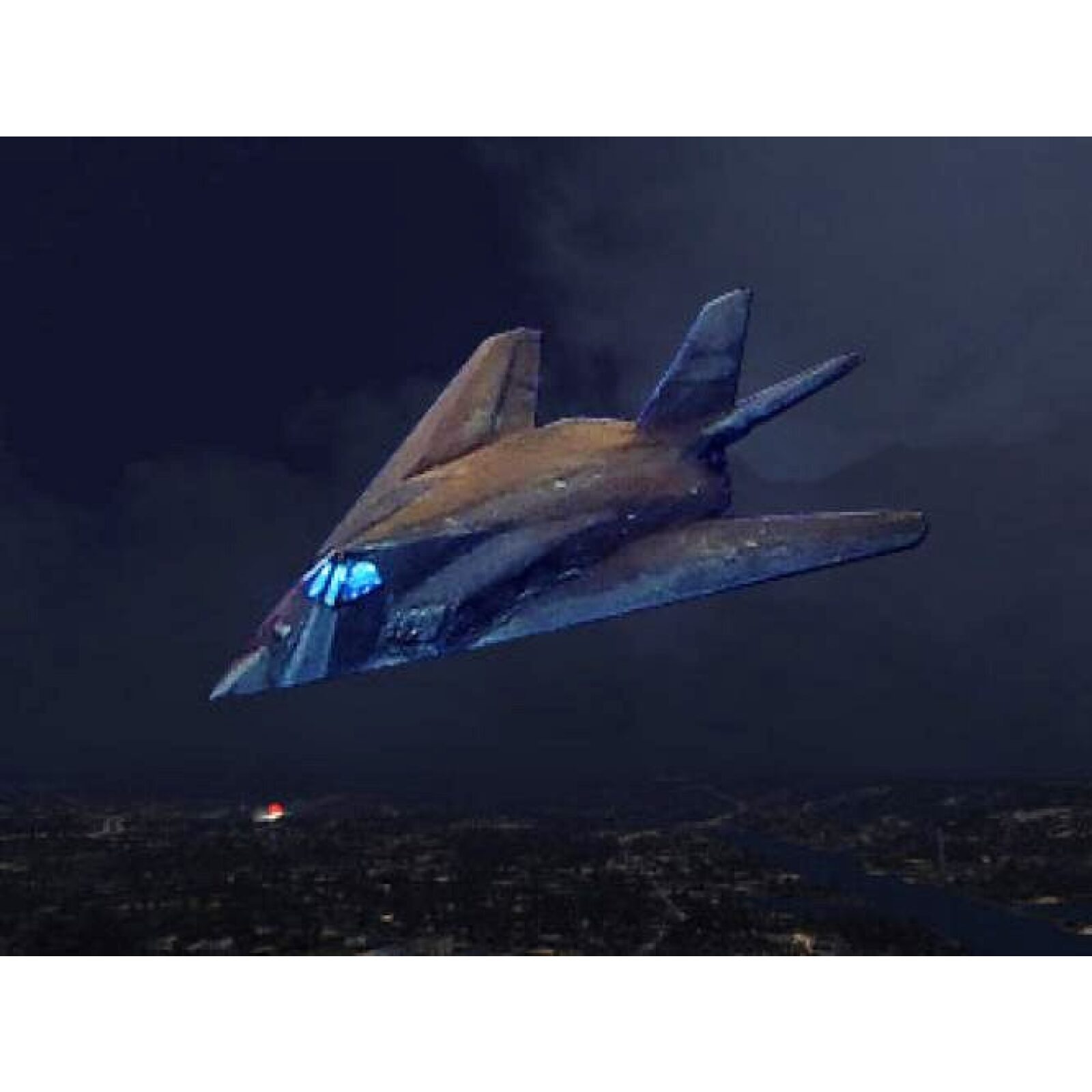 The Lockheed F-117 Nighthawk is a single-seat, twin-engine stealth attack aircraft that was developed by Lockheed’s secretive Skunk Works division and operated by the United States Air Force (USAF). The F-117 was based on the Have Blue technology demonstrator, and was the first operational aircraft to be designed around stealth technology. The maiden flight of the Nighthawk took place in 1981, and the aircraft achieved initial operating capability status in 1983. The F-117 was widely publicized for its role in the Persian Gulf War of 1991. Although it was commonly referred to as the “”Stealth Fighter””, it was strictly an attack aircraft. F-117s took part in the conflict in Yugoslavia, where one was shot down by a surface-to-air missile (SAM) on 27 March 1999; it was the only Nighthawk to be lost in combat. The U.S. Air Force retired the F-117 on 22 April 2008, primarily due to the fielding of the F-22 Raptor. The F-117 has a maximum speed of 617 mph, a service ceiling of 45,000 ft, and a range of 1068mi. It’s armament consists of two internal weapons bays with one hardpoint each (total of two weapons) equipped to carry: