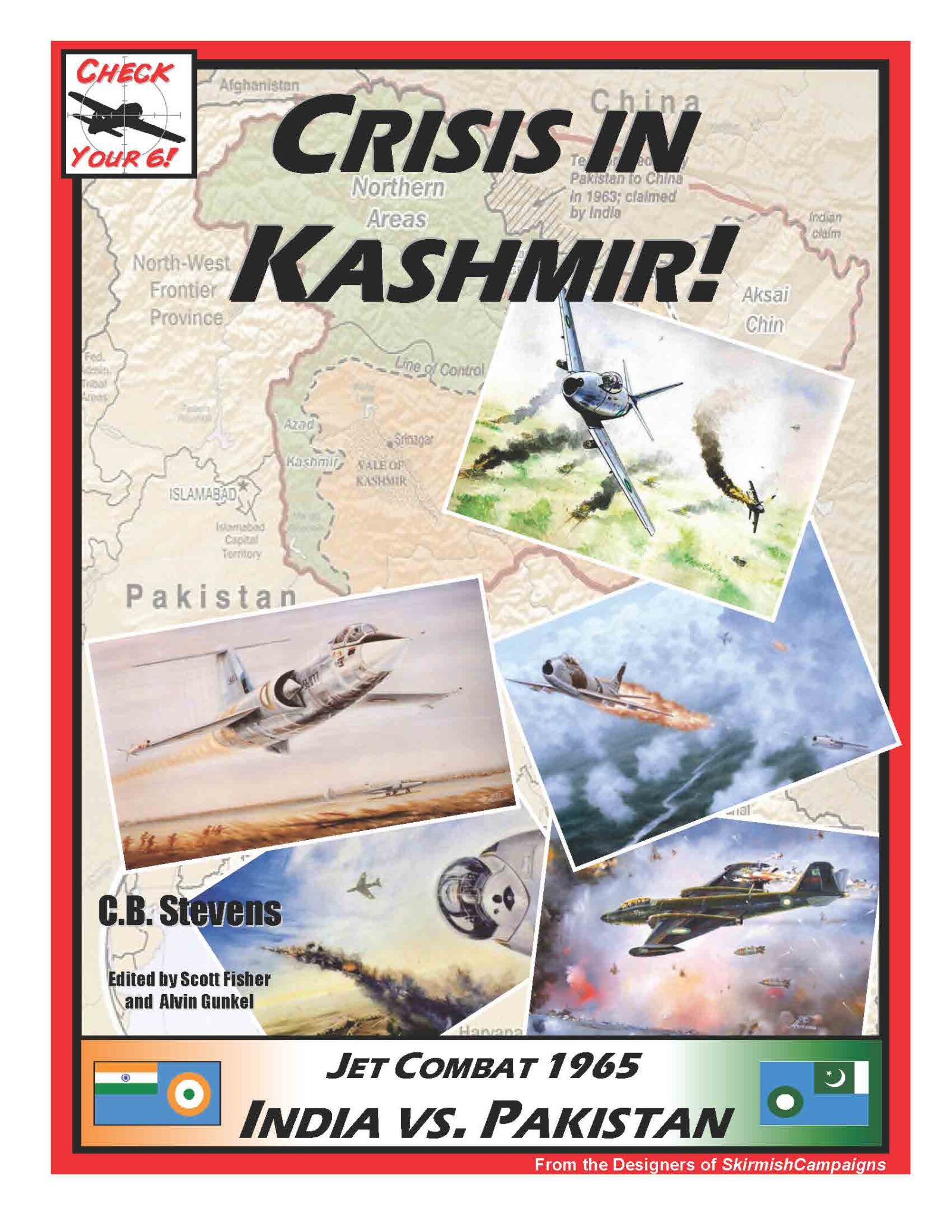 CRISIS IN KASHMIR is a scenario and campaign book for the popular CHECK YOUR 6 JET AGE  Air Combat and Campaign Rules. The book provides comprehensive coverage of the 1965 air war between India and Pakistan with 19 scenarios. The scenarios pit the evenly matched Hawker Hunter and F-86F Sabre against each other in tense maneuvering combat – will Pakistan’s new AIM-9B Sidewinder missiles prove to be the edge needed to carry the day? The book also features the first combat employment of the F-104A Starfighter and MiG-21 Fishbed, following these two legendary fighters in a face-off over the foothills of the Himalayas. Scenarios include the diminutive and quirky Folland Gnat, which gained a reputation in the hands of the Indian Air Force as the “Sabre Slayer.” Canberra bombers flying against Sabres in a do-or-die mission and the final air-to-air engagement of the deHavilland Vampire are likewise covered in exciting scenarios. The book showcases massive cannon armament against the effectiveness of the promising but unproven AIM-9B Sidewinder missile – and the outcome is always a surprise!  Whatever you do…don’t make a mistake…

AIRCRAFT STATISTICS and CAMPAIGN INFORMATION: This book contains aircraft statistics for British, Indian and Soviet aircraft in Check Your 6 Jet Age format for use in the scenarios. The book also contains detailed notes and rare pictures of the various aircraft featured in the campaign.

Jet Age SPECIAL EVENT CAMPAIGN SYSTEM: This book includes an innovative Check Your 6 – Jet Age campaign system that features the possibility of special campaign events in each scenario. By winning battles, players earn Campaign Events, similar to action cards, which are played during the scenarios. This campaign mechanic allows players to make real-time decisions that shape the battles while adding extra dimension to the scenarios.

Be the first to review “Crisis In Kashmir” Cancel reply