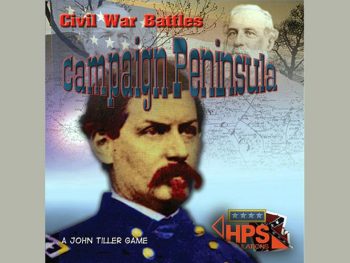 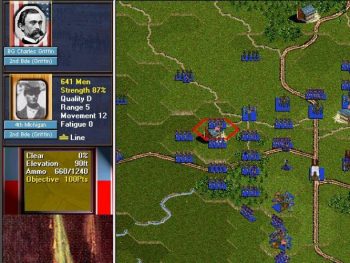 By the middle of 1862, the Southern Confederacy teetered on the brink of disaster on all fronts. Defeat after demoralizing defeat plagued Southern forces in the west. At the same time in the eastern theater, General George B. McClellan’s Federal Army of the Potomac arrived at the outskirts of Richmond after a slow but steady 50-mile march up the rugged Virginia peninsula.

On 31 May, the Confederate army, under the command of General Joseph E. Johnston, turned and attacked McClellan’s army at Fair Oaks and Seven Pines. The two-day battle caught the Army of the Potomac in a vulnerable position astride the raging Chickahominy River. After initial success, the Confederate attack was blunted and both sides returned to their lines.

Perhaps the most significant result of the battle was the wounding of Johnston and the elevation of Robert E. Lee to the command of the Army of Northern Virginia. It is now 24 June 1862 and General Lee is moving his divisions into position for a grand offensive to relieve the Confederate capital. Bolstered by reinforcements from the eastern seaboard and the Shenandoah Valley, the Army of Northern Virginia will soon be at peak strength (Lee will never again command an army this size).

The goal of the upcoming offensive is none other than the complete destruction of the Army of the Potomac. On the Union side, General McClellan is planning an attack south of the Chickahominy on the 25th at a place called Oak Grove. The famed “Seven Days” is about to begin!