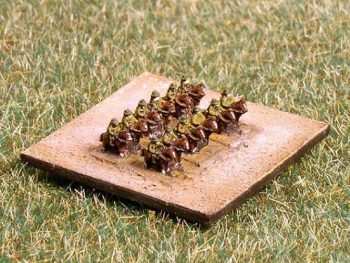 The Polish cavalry (Polish: jazda, kawaleria, konnica) can trace its origins back to the days of Medieval mounted knights. Poland is mostly a country of flatlands and fields and mounted forces operate well in this environment. The knights and heavy horse cavalry gradually evolved into many different types of specialised mounted military formations, some of which heavily influenced western warfare and military science. This article details the evolution of Polish cavalry tactics, traditions and arms from the times of mounted knights and heavy winged hussars, through the times of light uhlans to mounted infantry equipped with ranged and mêlée weapons.