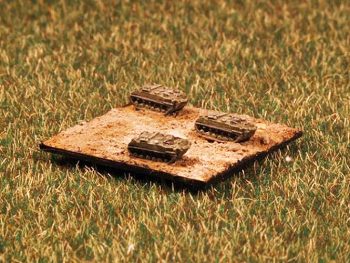 The BTR-D is a Soviet airborne multi-purpose tracked armoured personnel carrier which was introduced in 1974 and first seen by the West in 1979 during the Soviet war in Afghanistan. BTR-D stands for Bronetransportyor Desanta (БТР, Бронетранспортер Десанта, literally “armoured transporter of the Airborne”).[14] It is based on BMD-1 airborne IFV. NATO gave it the designation BMD M1979.