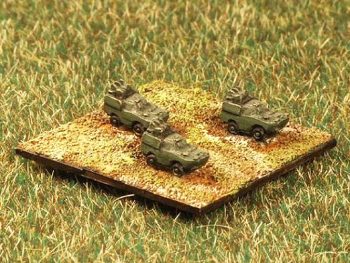 The 3M6 Shmel (Russian: 3М6 «Шмель»; English: bumblebee) is an MCLOS wire-guided Anti-tank missile of the Soviet Union. Its GRAU designation is “3M6” and its NATO reporting name is AT-1 Snapper.

Too large to be manportable, it was typically deployed from specialised vehicles or helicopters. The missile was intended to supplement traditional anti-tank weapons, like the 100 mm anti-tank gun whose accuracy beyond 1,500 m is poor. The missile’s accuracy in contrast remained high as far as its maximum range of 2,000 m.

However, the system’s bulk, slow speed and poor combat accuracy drove development of later SACLOS systems, like the AT-5 Spandrel.