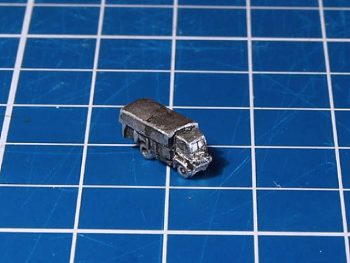 At the outbreak of WW II, Bedford was contracted by the British War Office to produce a 3 tons 4 x 4 general service truck. A pilot model was ready in February 1940 and quantity production started in March 1941.[1] The Bedford QL was in production from 1941 to 1945 and was Bedford’s first vehicle series built for the military.