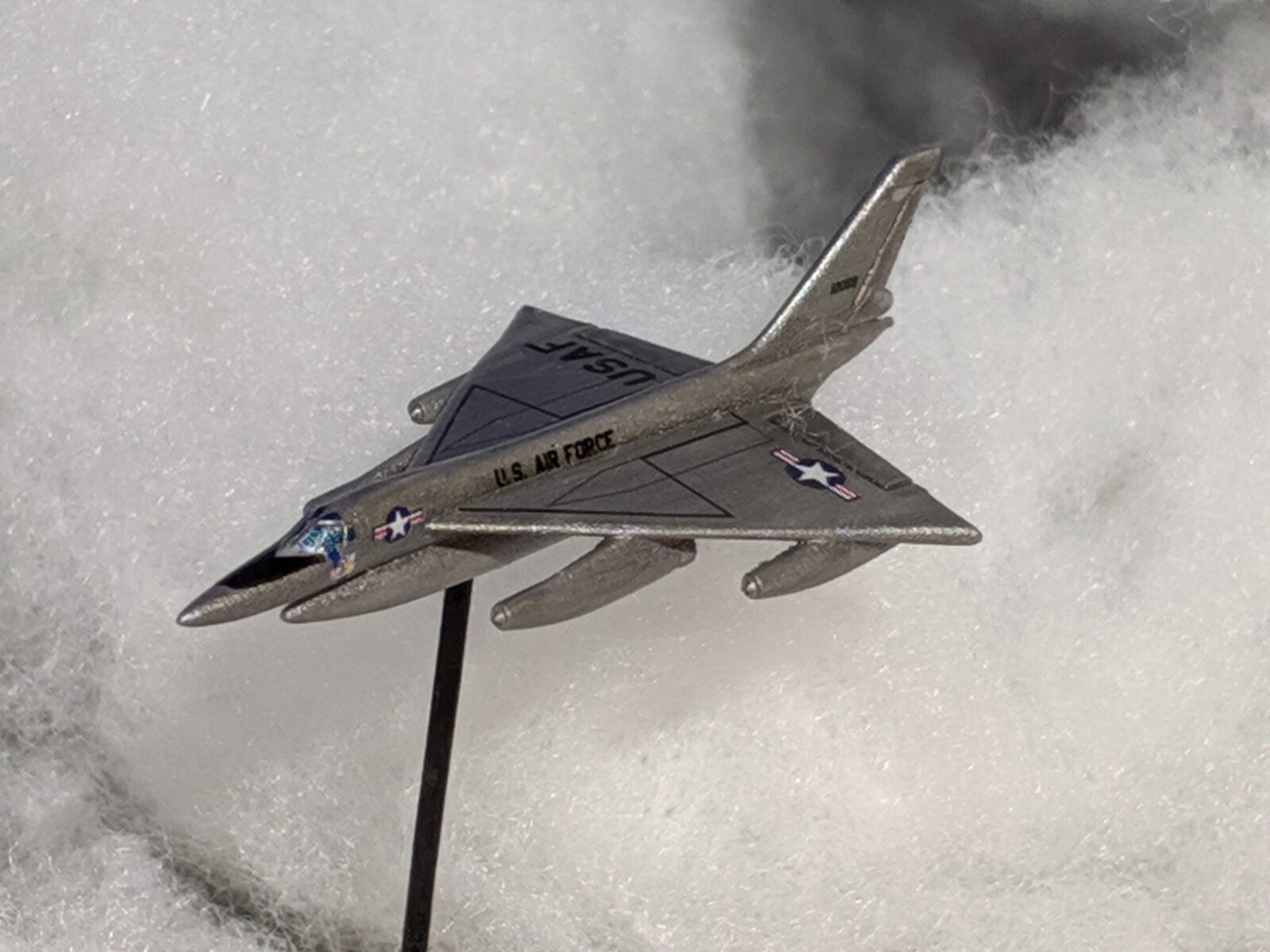 A pewter cast model of the Convair B-58 Hustler is a high speed bomber designed and produced by American aircraft manufacturer Convair. It was the first operational bomber capable of Mach 2 flight.

The B-58 was developed during the 1950s for the United States Air Force’s (USAF) Strategic Air Command (SAC). To achieve the high speeds desired, Convair designed it around a large delta wing, which was also used by contemporary fighters such as the Convair F-102. It was powered by four General Electric J79 engines in underwing pods. It had no bomb bay; it carried a single nuclear weapon plus fuel in a combination bomb/fuel pod underneath the fuselage. Later, four external hardpoints were added, enabling it to carry up to five weapons.