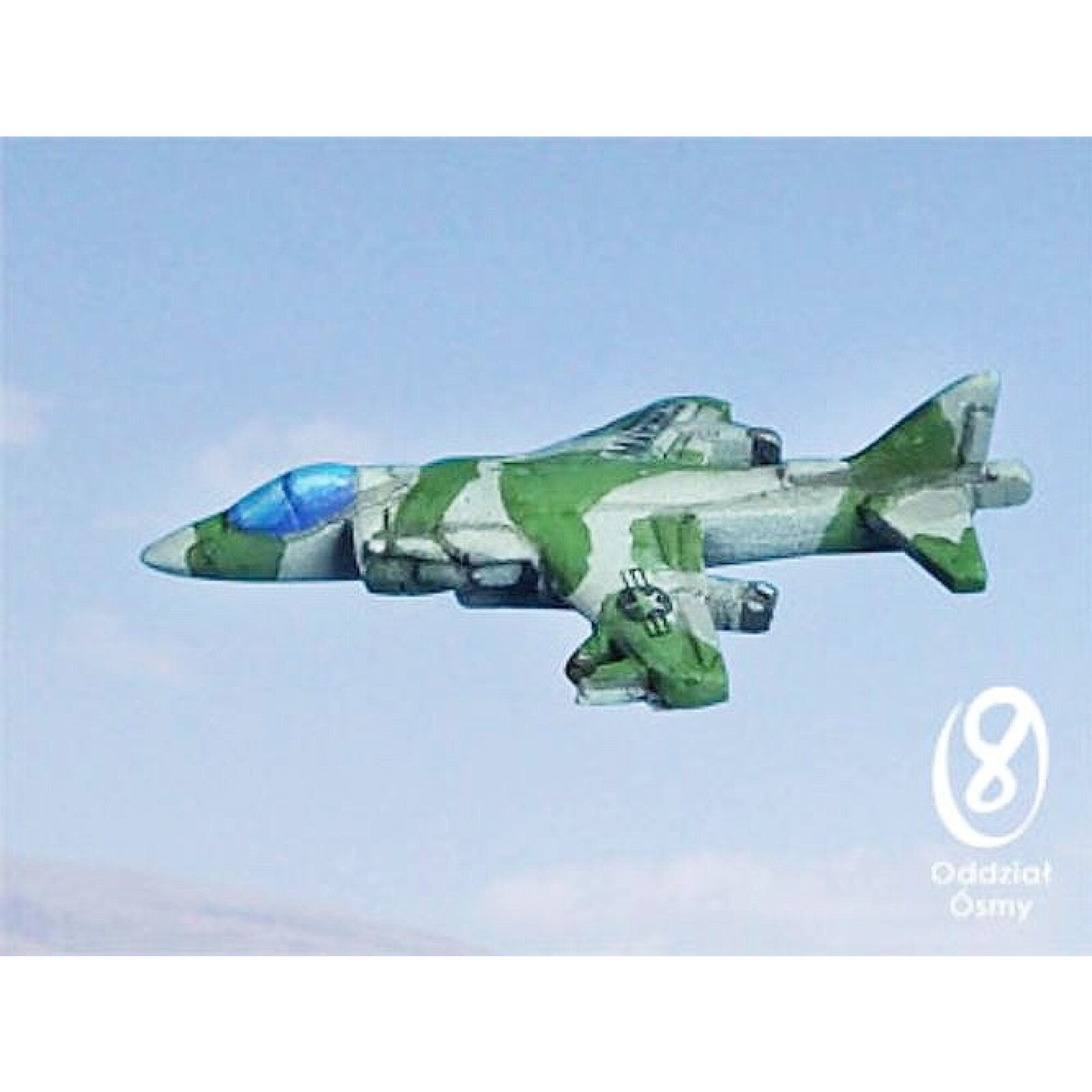 The McDonnell Douglas AV-8B Harrier II is a single-engine ground-attack aircraft that constitutes the second generation of the Harrier Jump Jet family. Capable of vertical or short takeoff and landing (V/STOL), the aircraft was designed in the late 1970s from the British Hawker Siddeley Harrier, the first operational V/STOL aircraft. It is primarily employed on light attack or multi-role missions, ranging from close air support of ground troops to armed reconnaissance. The AV-8B made its maiden flight in November 1981 and entered service with the USMC in January 1985. The Harrier, due to its limited need for runway, is typically operated from small aircraft carriers, large amphibious assault ships and simple forward operating bases, proving themselves versatile assets. It has a maximum speed of 673 mph and a range of 1,400 mi. It’s armament consists of a General Dynamics GAU-12 Equalizer 25 mm (0.984 in) 5-barreled Rotary cannon mounted under-fuselage in the left pod, with 300 rounds of ammunition in the right pod as well as six under-wing hardpoint pylon stations holding up to 9,200 lb (4,200 kg) of payload: