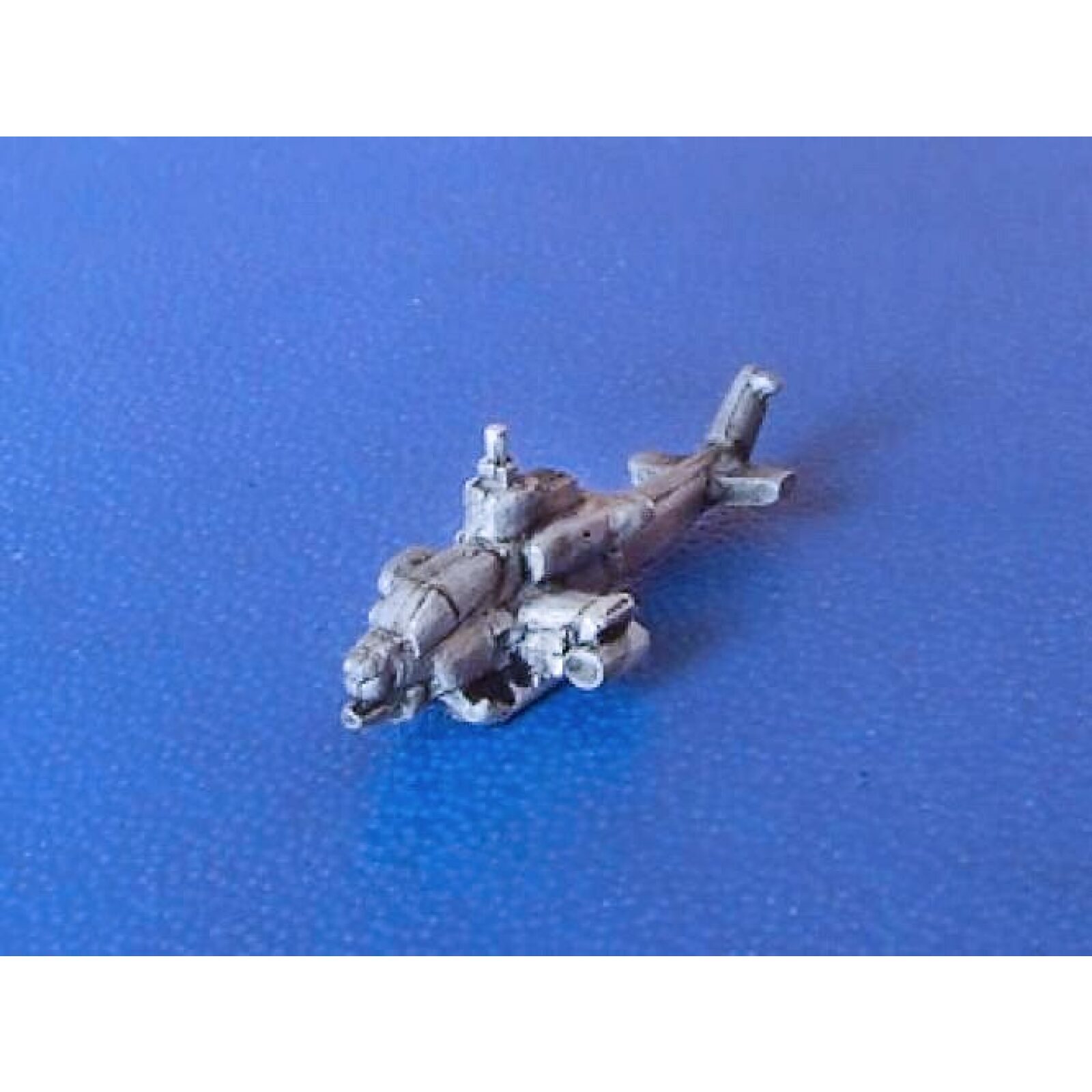 The Bell AH-1Z Viper[4] is a twin-engine attack helicopter based on the AH-1W SuperCobra, that was developed for the United States Marine Corps as part of the H-1 upgrade program. The AH-1Z features a four-blade, bearingless, composite main rotor system, uprated transmission, and a new target sighting system.[5] The AH-1Z, one of the latest members of the prolific Huey family, is also called “Zulu Cobra”, in reference to its variant letter based on the military phonetic alphabet. It was introduced to the US Marine Corps in 2010. Full scale production commenced in 2012. Having six hardpoints on it’s stub wings, armament of the Viper is very flexible. It is enhanced by helmet-mounted sight and display systems. Typically it carries AGM-114A/B/C Hellfire anti-tank missiles (up to 16) and pods with 70-mm unguided rockets. The Viper can be also fitted with AGM-114F Hellfire anti-ship missiles, free-fall bombs, including the Mk.77 incendiary bombs. It carries twoAIM-9 Sidewinder air-to-air missiles with infrared target detection. These are mounted on wing tip stations. Rounding out its firepower is a 20 mm (0.787 in) M197 3-barreled Gatling cannon mounted in the A/A49E-7 turret. The AH-1Z has a maximum speed of 209mph and a range of 426 mi.