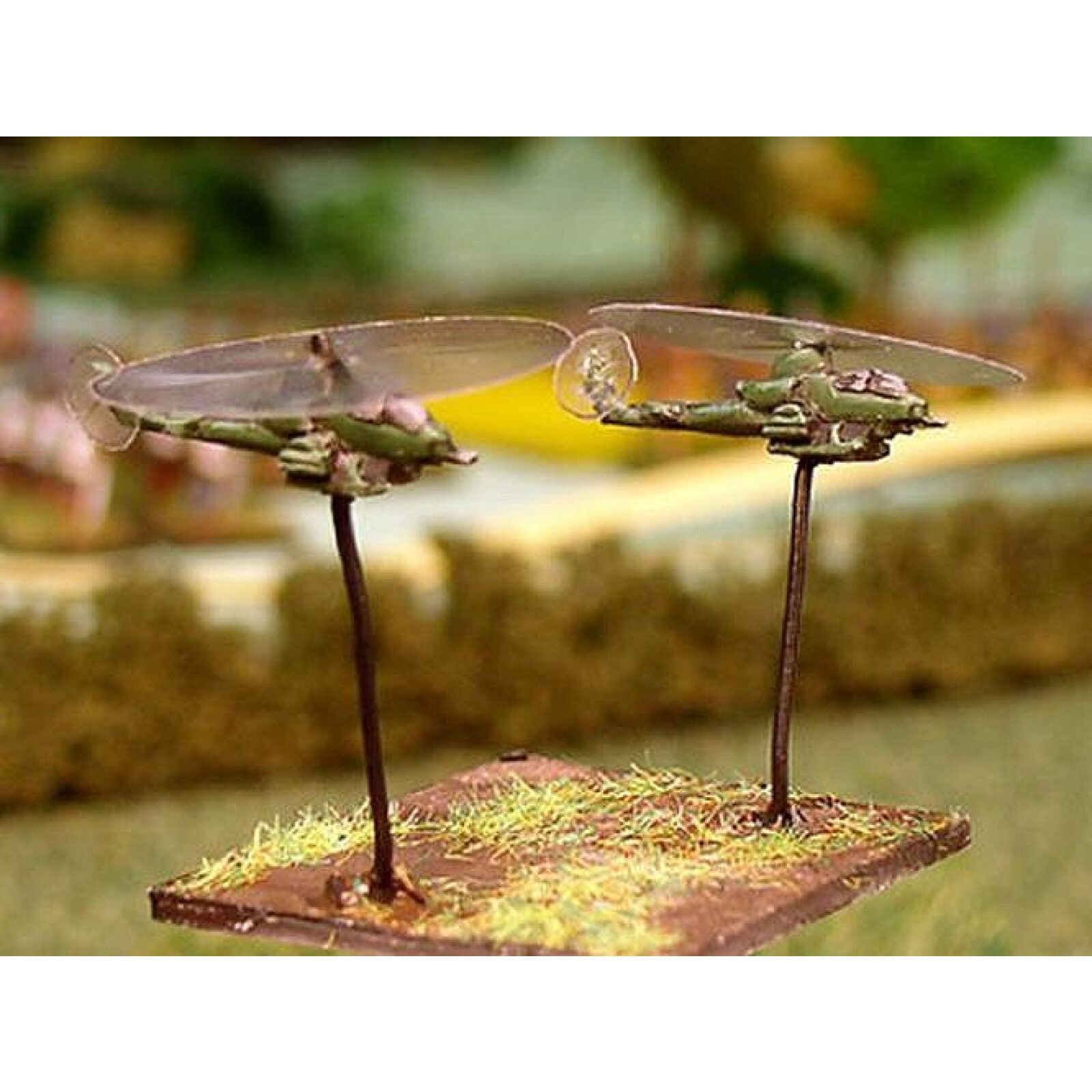 The Bell AH-1 SuperCobra is a twin-engine attack helicopter based on the United States Army’s single-engine AH-1 Cobra. The twin Cobra family, itself part of the larger Huey family, includes the AH-1J SeaCobra, the AH-1T Improved SeaCobra, and the AH-1W SuperCobra. The AH-1W has been the backbone of the United States Marine Corps’s attack helicopter fleet, but is being replaced by the Bell AH-1Z Viper. It carries and armament consisting of a 20 mm M197 Gatling cannon; Hydra 70 rockets; 5 in Zuni rockets; TOW missiles; AGM-114 Hellfire; AIM-9 Sidewinder. It has a maximum speed of 218 MPH with a range of 365 mi.