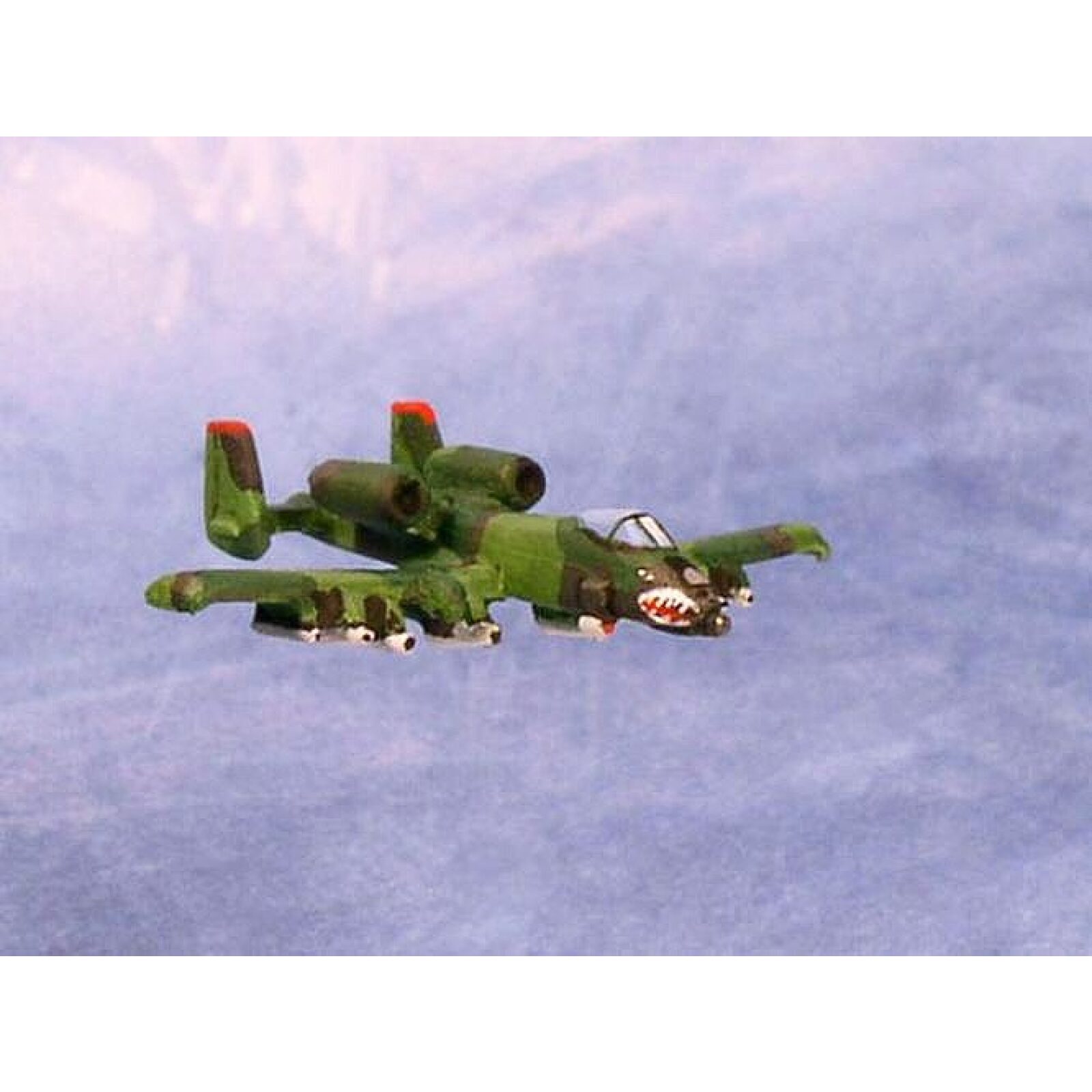 The Fairchild Republic A-10 Thunderbolt II is a single-seat, twin turbofan engine, straight wing jet aircraft developed by Fairchild-Republic for the United States Air Force (USAF). Commonly referred to by its nicknames Warthog or Hog, its official name comes from the Republic P-47 Thunderbolt, a World War II fighter that was effective at attacking ground targets. The A-10 was designed for close-in support of ground troops, close air support (CAS), and providing quick-action support for troops against helicopters and ground forces. It entered service in 1976 and is the only production-built aircraft that has served in the USAF that was designed solely for CAS. Its secondary mission is to provide forward air controller – airborne (FAC-A) support, by directing other aircraft in attacks on ground targets.

The A-10 was designed around the 30 mm GAU-8 Avenger rotary cannon. Its airframe was designed for durability, with measures such as 1,200 pounds (540 kg) of titanium armor to protect the cockpit and aircraft systems, enabling it to absorb a significant amount of damage and continue flying. Its short takeoff and landing capability permits operation from airstrips close to the front lines, and its simple design enables maintenance with minimal facilities.. Its armament consists of a 30 mm GAU-8/A cannon, up to 16,000 pounds of mixed ordnance on eight under-wing and three under-fuselage pylon stations, including 500 pound Mk-82 and 2,000 pounds Mk-84 series low/high drag bombs, incendiary cluster bombs, combined effects munitions, mine dispensing munitions, AGM-65 Maverick and an AIM-9 Sidewinder.