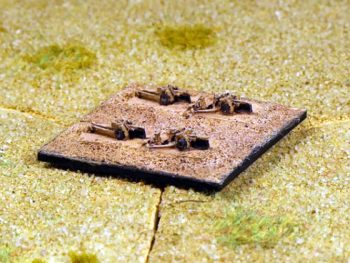 Primary British AT gun during the middle of WWII

The Ordnance Quick-Firing 6-pounder 7 cwt, or just 6 pounder,[note 1] was a British 57 mm gun, serving as a primary anti-tank gun of the British Army during World War II, as well as the main armament for a number of armoured fighting vehicles. It was first used in North Africa in April 1942, and quickly replaced the 2 pounder in the anti-tank role, allowing the 25 pounder to revert to its intended artillery role. The United States Army also adopted the 6 pounder as their primary anti-tank gun under the designation 57 mm Gun M1.