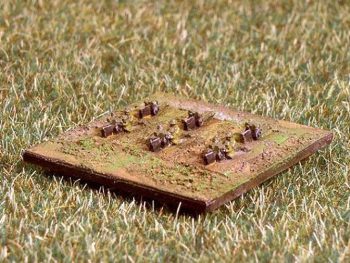 By the early 1920s the French Army had come to the realization that the armour-piercing capability of the 37 mm TRP infantry gun would be insufficient against modern tanks. In 1926 Hotchkiss proposed a 25 mm in-house design that was eventually accepted for service in 1934, under the designation canon de 25 mm semi-automatique modèle 1934 (generally shortened to canon de 25) . At the outbreak of World War II, it was the main anti-tank weapon of the French infantry. By May 1940, there were reported to be 6,000 in service with the French Army, although some formations were still waiting for their full allocation.