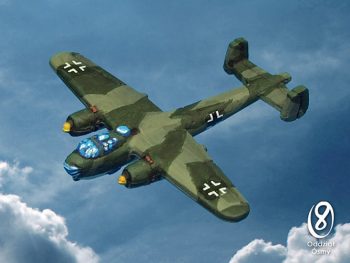 The Dornier Do 217E was a bomber used by the German Luftwaffe during World War II as a more powerful version of the Dornier Do 17, known as the Fliegender Bleistift (German: “flying pencil”). Designed in 1937 and 1938 as a heavy bomber but not meant to be capable of the longer-range missions envisioned for the larger Heinkel He 177, the Do 217’s design was refined during 1939 and production began in late 1940. It entered service in early 1941 and by the beginning of 1942 was available in significant numbers.