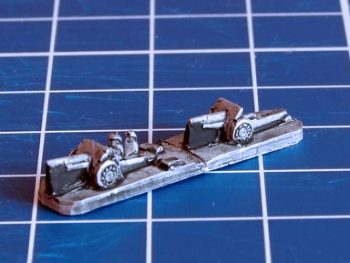 In the early 1900s, the French company Schneider began a collaboration with the Russian company Putilov. For this collaboration, it had developed a gun using the Russian 107 mm round, which was ordered by the Russian Army to be produced in Russia (though the initial batch of guns was made in France). Schneider then decided to modify the design for the French 105 mm (4.134 inches) round and offer it to France as well. Initially, the French army was not interested in this weapon as they already had plenty of 75 mm field guns. However, in 1913, the French army purchased a small number under the designation Canon de 105 mle 1913 Schneider; it was also known by the service designation L 13 S.