We played a game of Ogre Miniatures yesterday, using my proxy set of 08 and Plasmablast figures. A very successful roll out at the club, and good times were had by all – including several previously skeptical of the scale, and some who revealed themselves to be secret micro-armor fans all along! 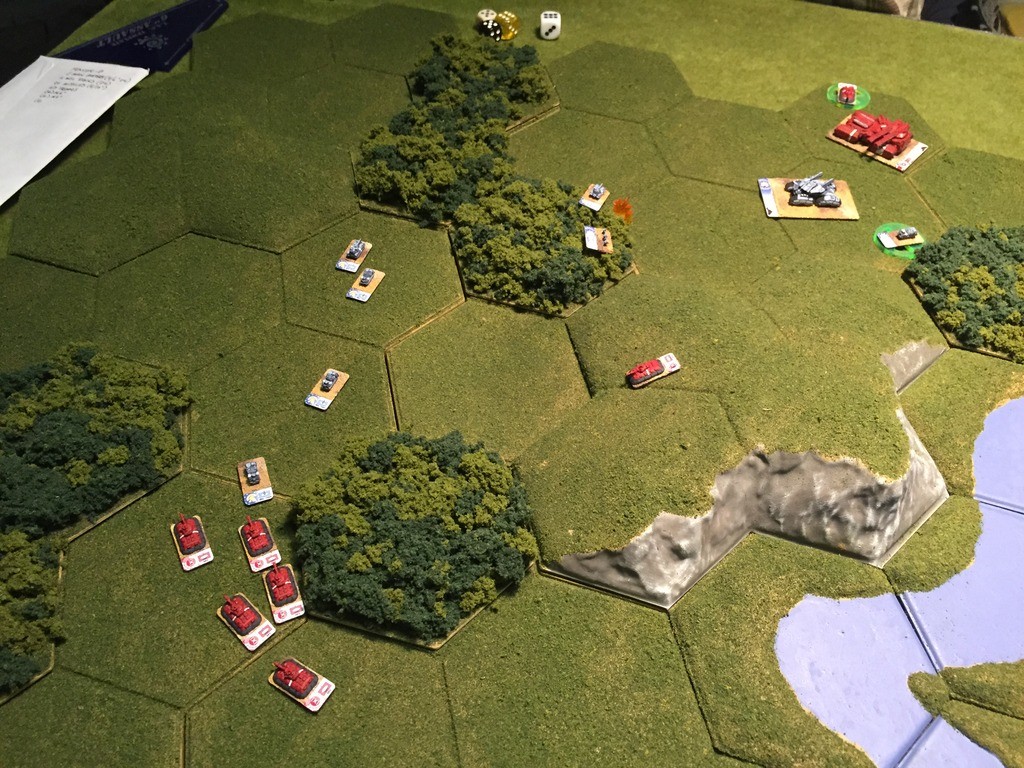 A Paneuropean Fencer-B takes aim at a Combine Mk. V: 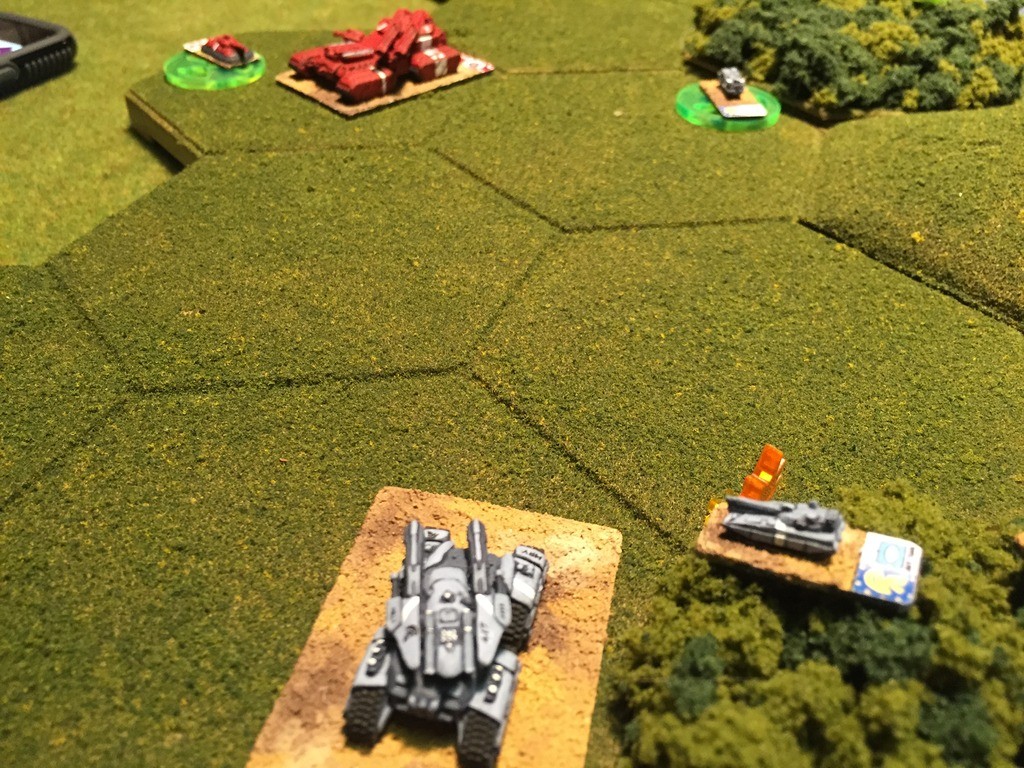 Combine Superheavies fight across the river: 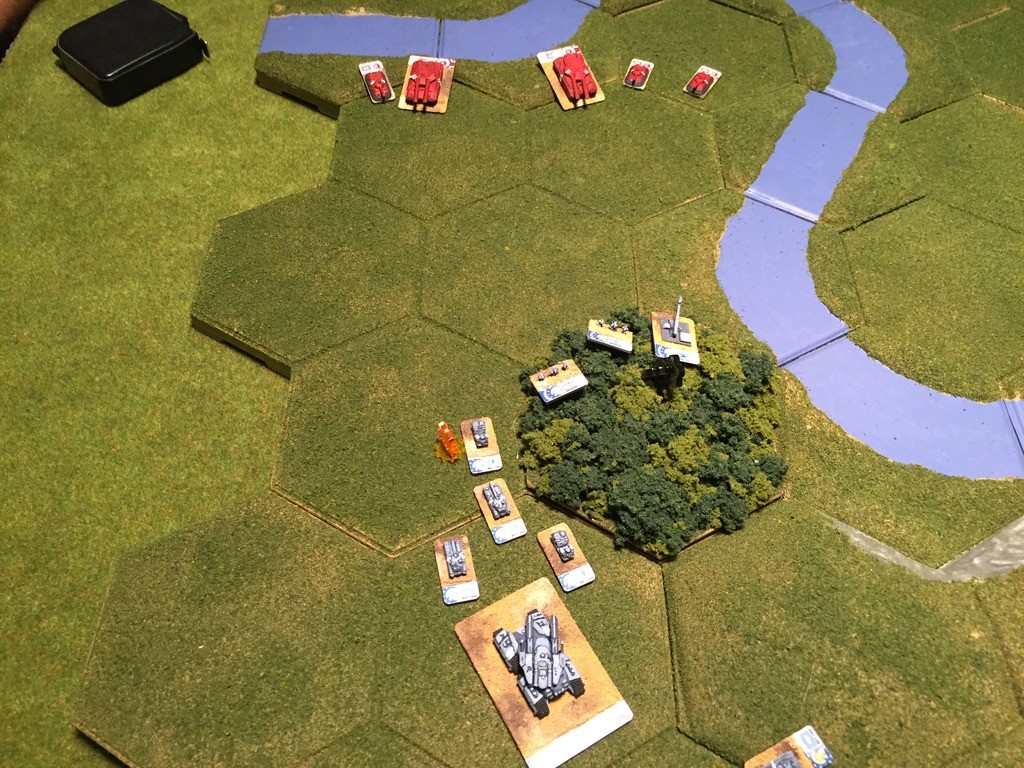 In points, the game was a slight Paneuropean lead, but in practical terms the game was probably a draw with a Combine advantage. Casualty rate was about 80%, as is typical for a game of Ogre.