I have just started a little new solo project for a linked set of scenarios for the 1944 breakout in Normandy and plan to re-fight a few of the battles from that time here is the German army in 1/600, there are about 75 (30mm x 30mm) bases representing a company and its associated equipment. 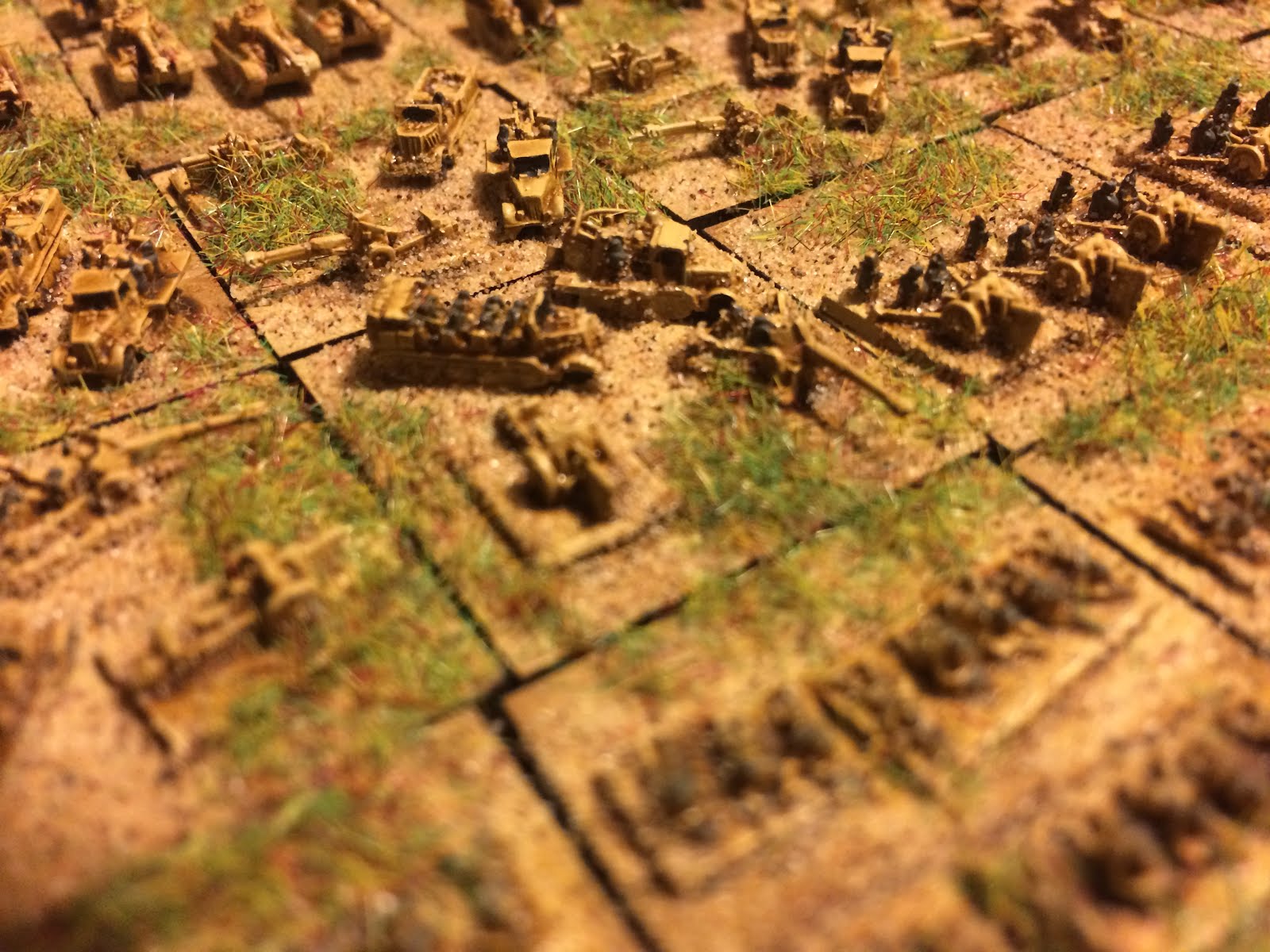 The next part of the project is some terrain , here you see some woods made form green pan scrubbers with some spray paint from an airbrush i wanted the trees to have a wintery look so gave them a little white spray , the other side has more of a light brown look to give a more summer look.
I used pins pushed through to allow the armoured unit to hide in the trees , to the is side part of a village using some monopoly buildings again sprayed and washed with a brown ink wash
and the cloth is teddybear fur. 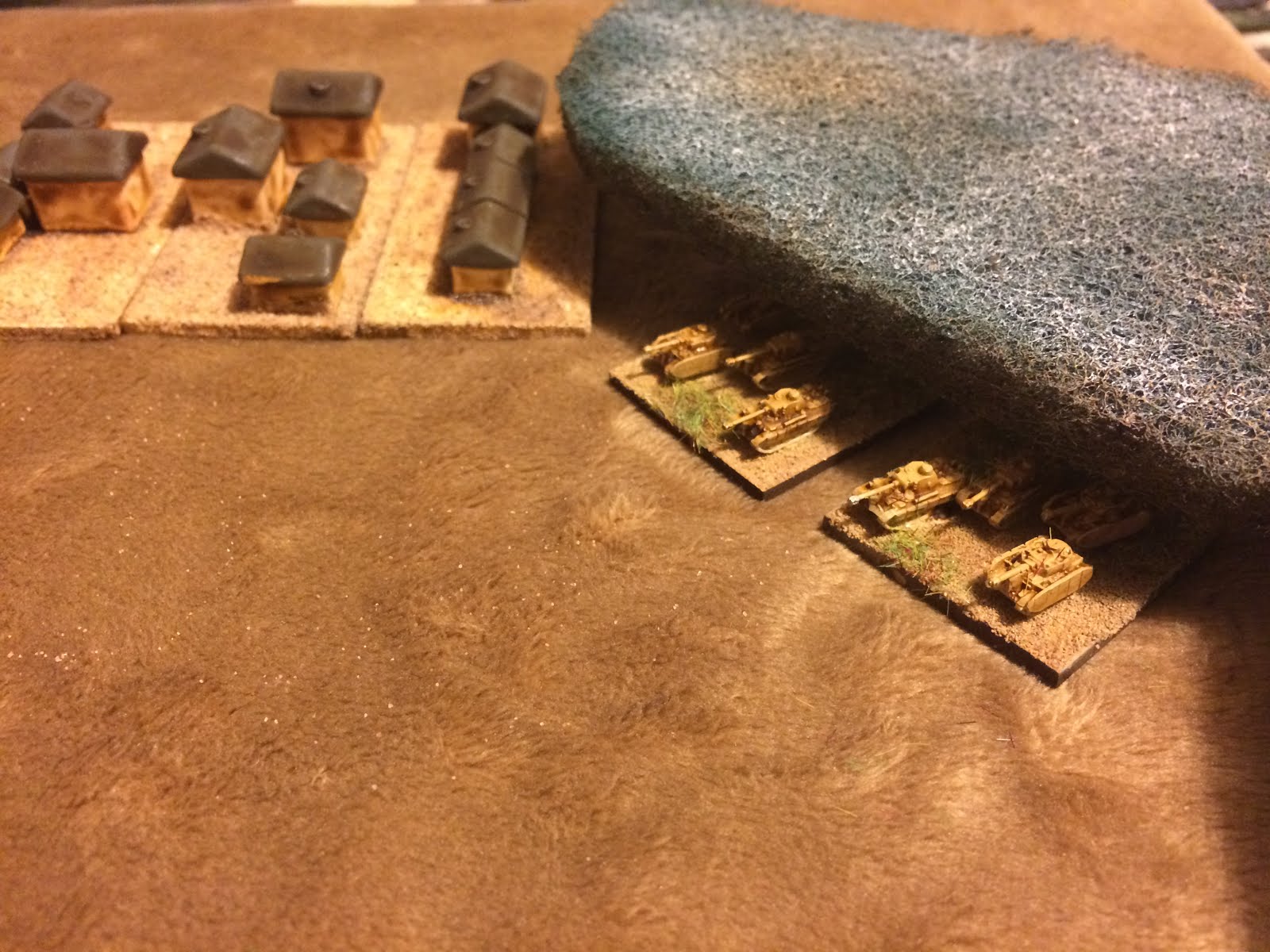 4 mixed German battalions with tank and artillery support defend against a mech infantry regiment , tank regiment with supporting tank riders and an armoured car regiment.
The germans are good but not excellent so this was a tough one for both sides.
Setup, Russians enter form the bottom of the picture , the battle took a little over 2 hours to fight. 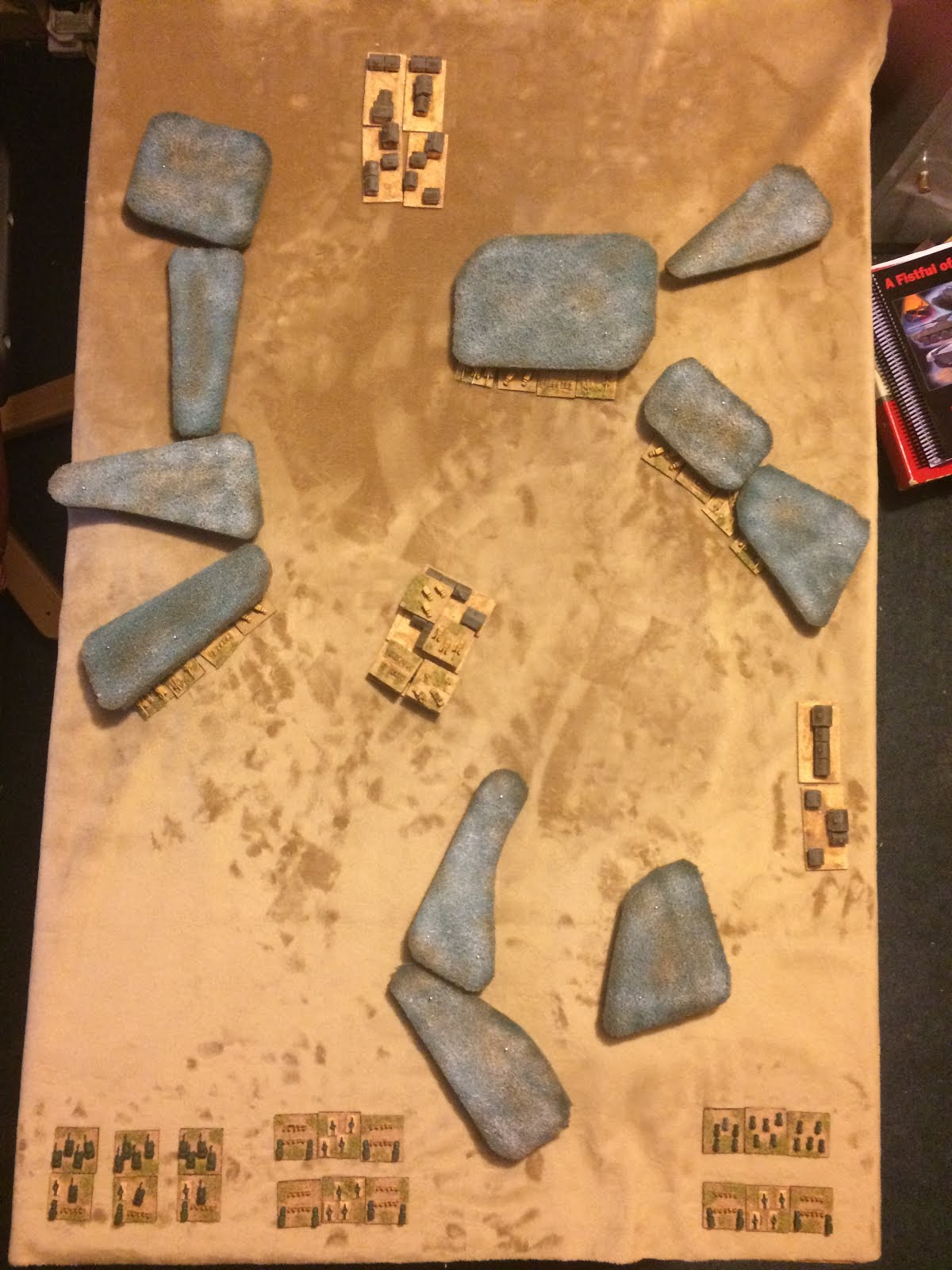 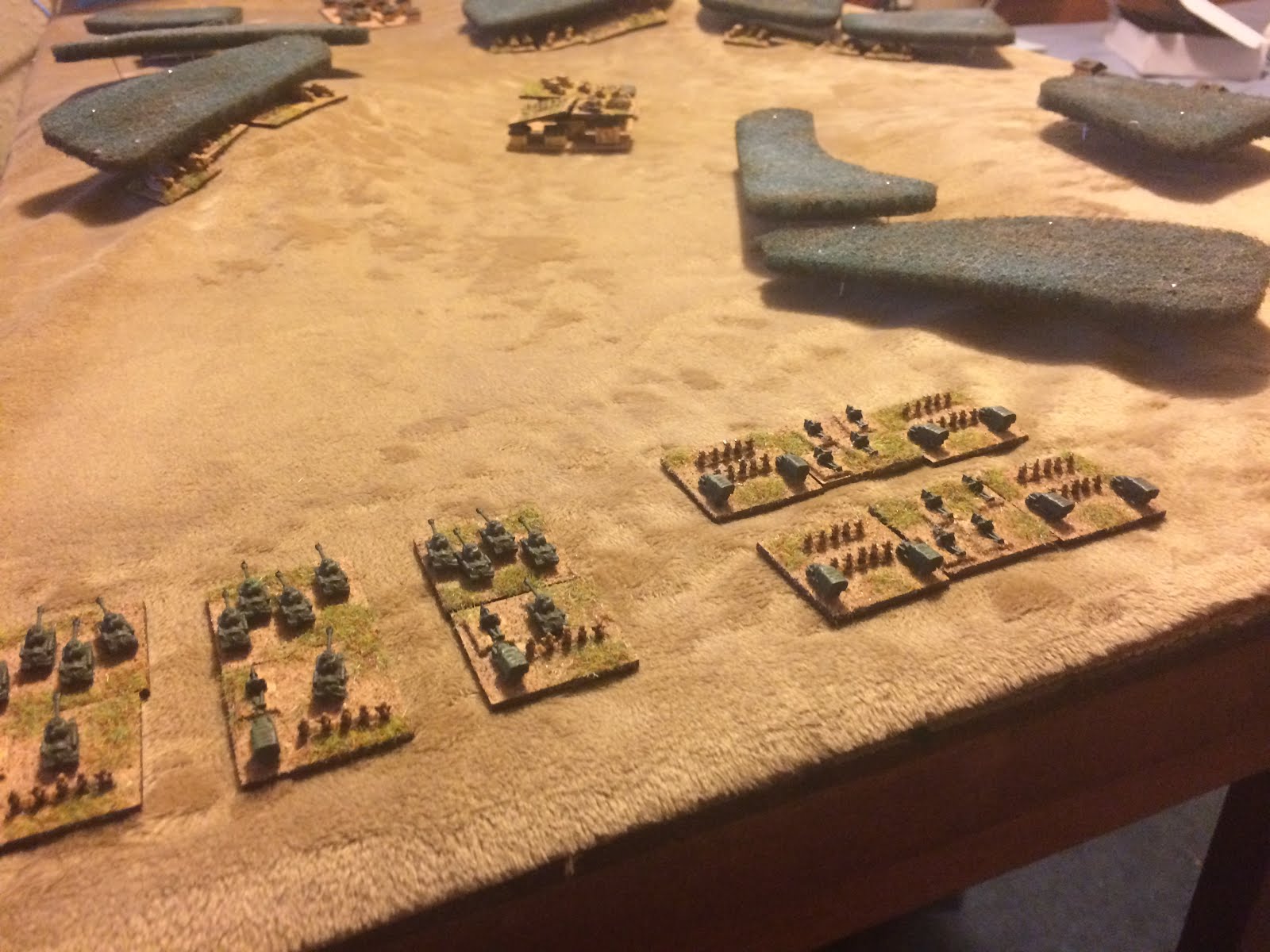 Turn 1, the Russians advanced and took a few hits from long range fire 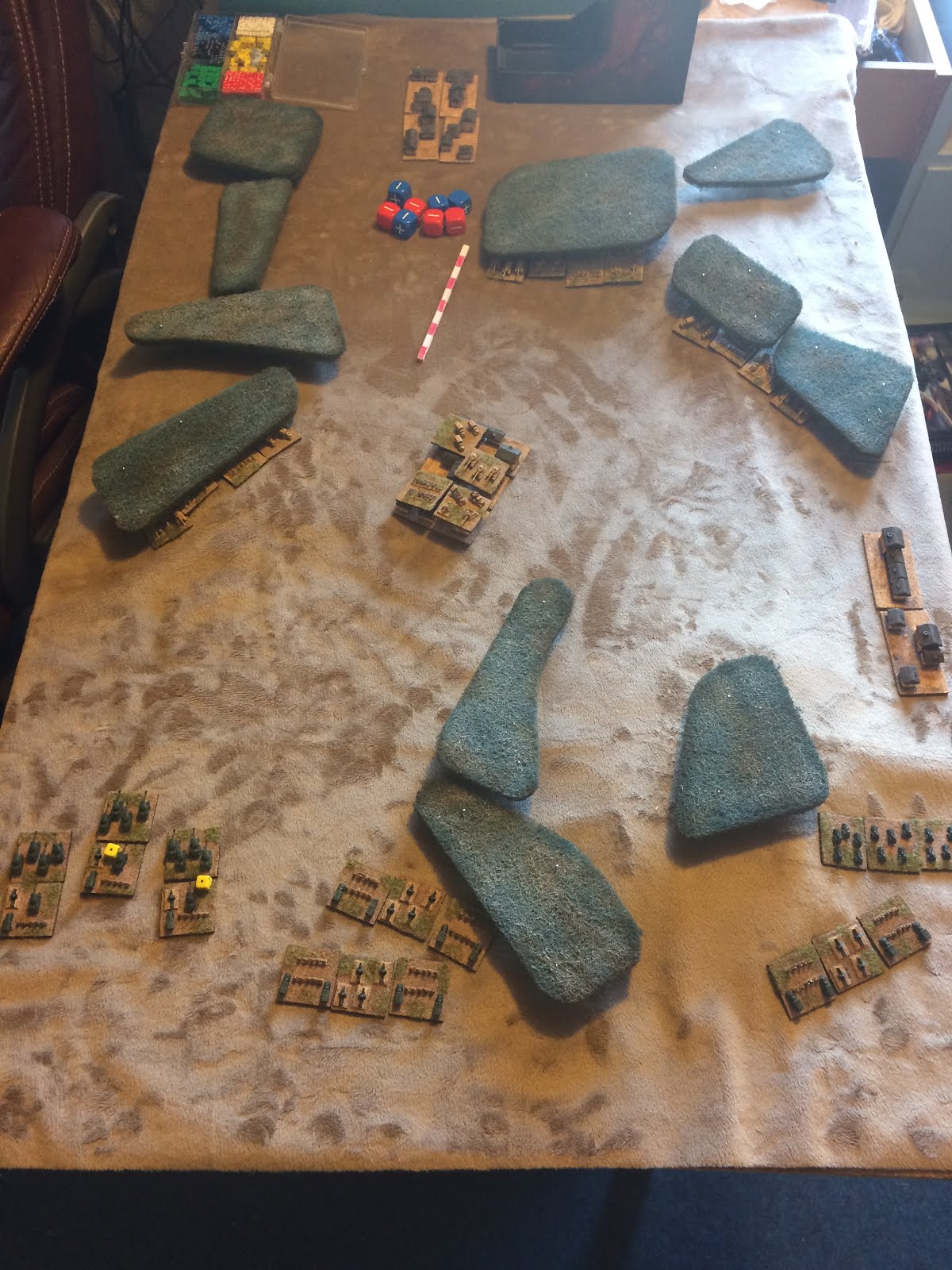 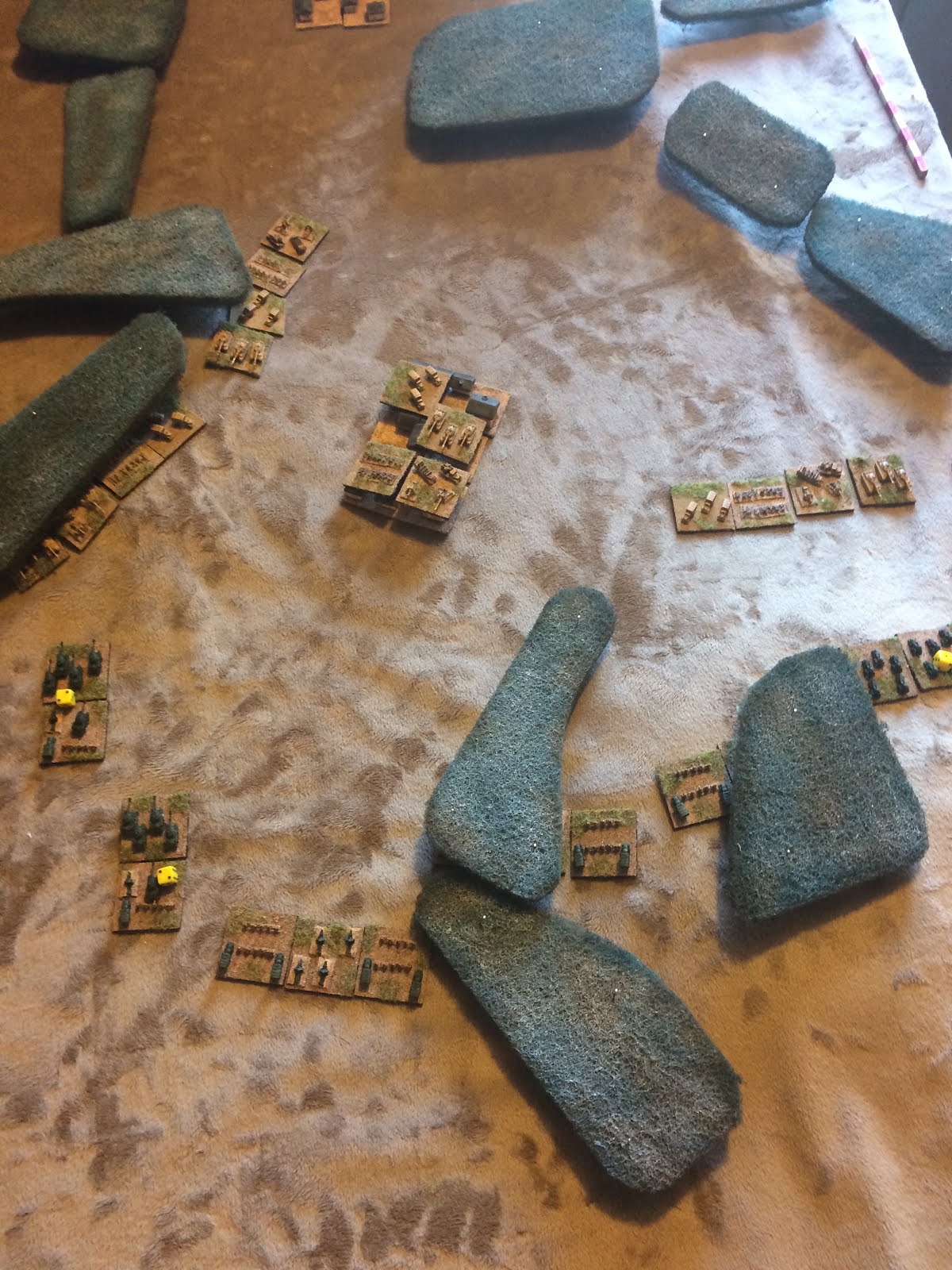 Turn 4, the Russians loose a unit of tanks and the Germans on the right engage the armoured car and infantry battalion 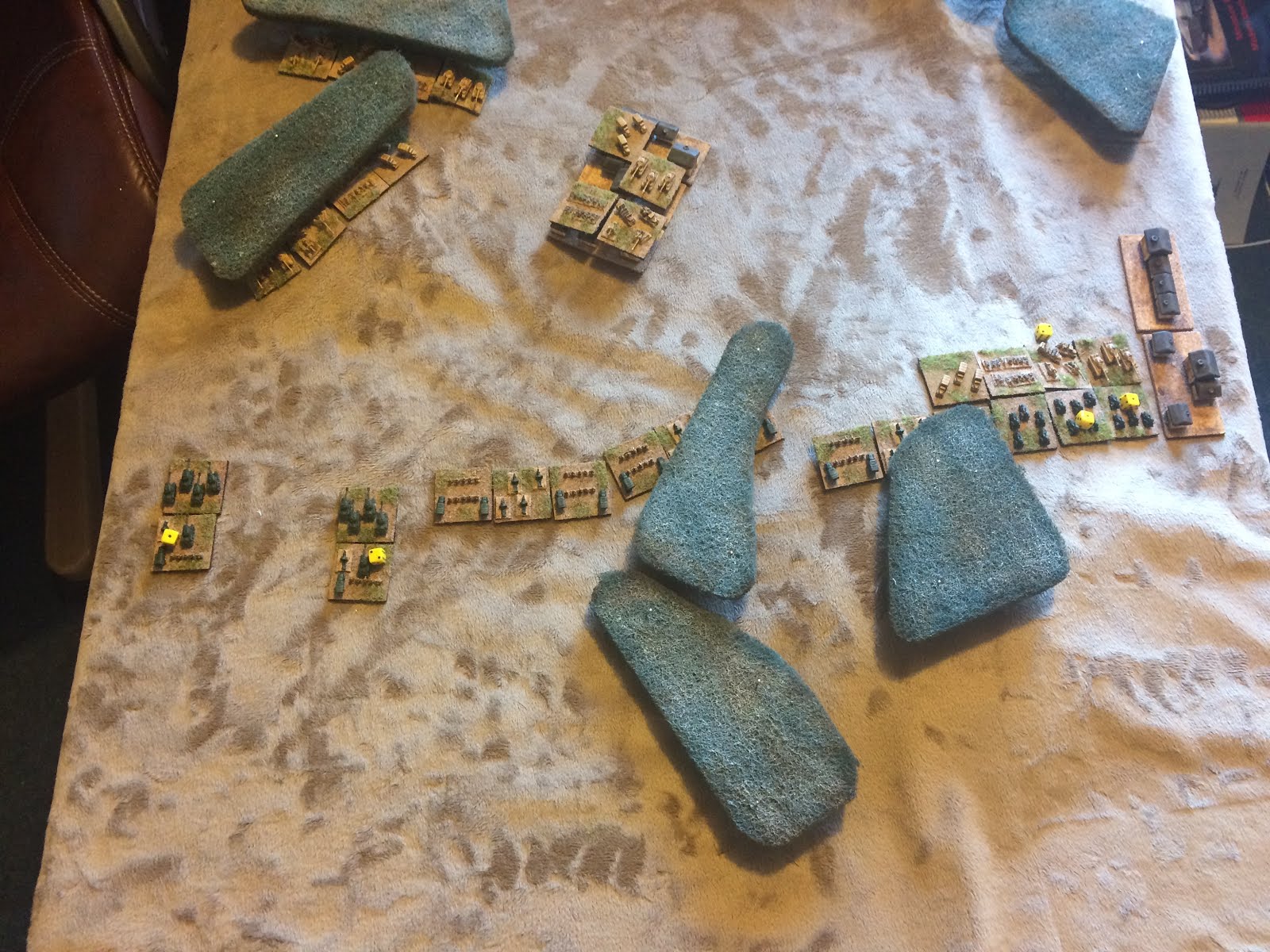 Turn 5, it is not going the germans way as the losses start to mount and the numbers of russians start to show 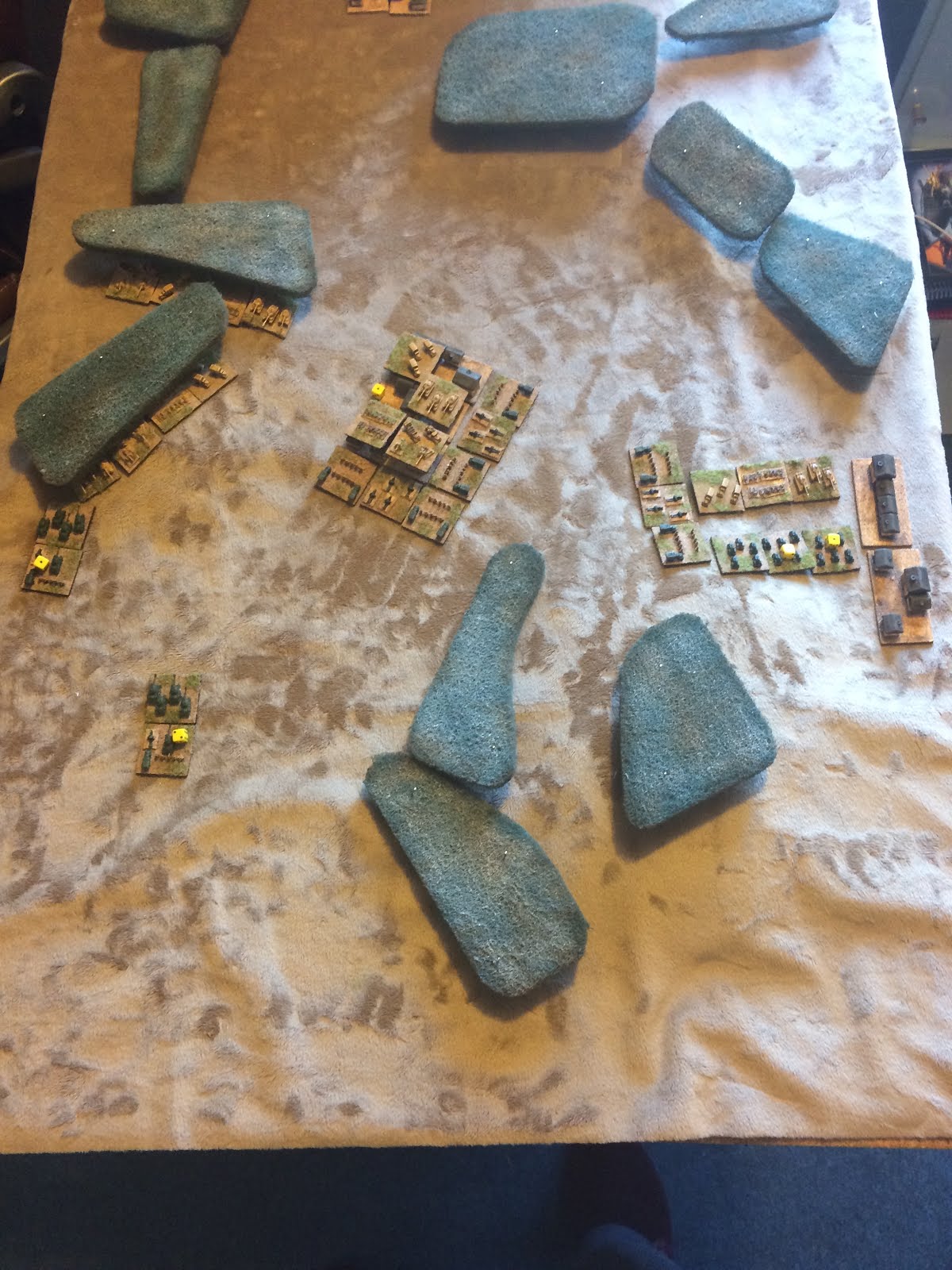